Another something to spark the imagination 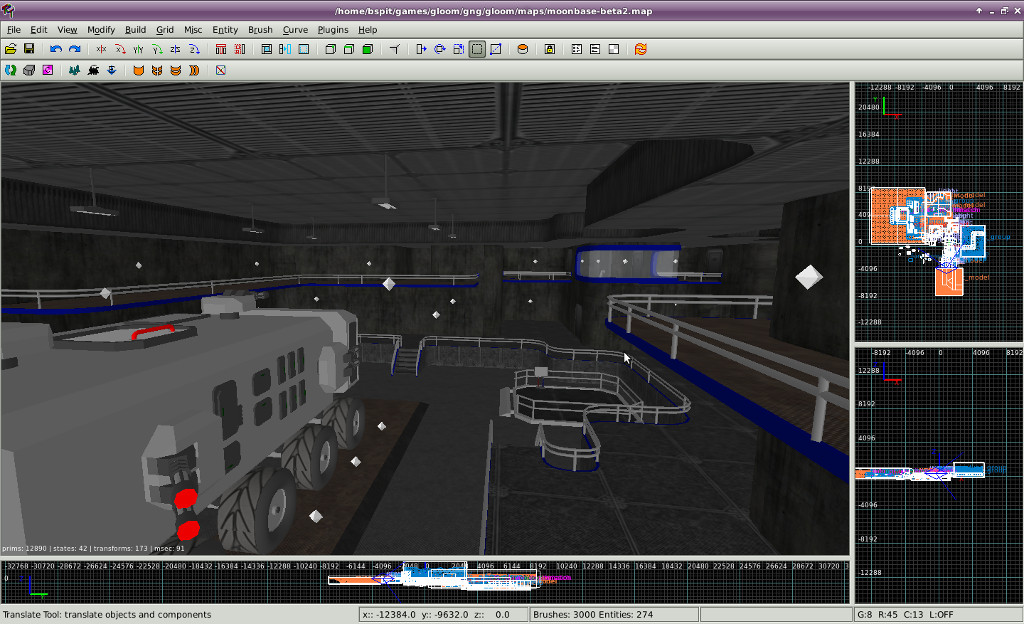 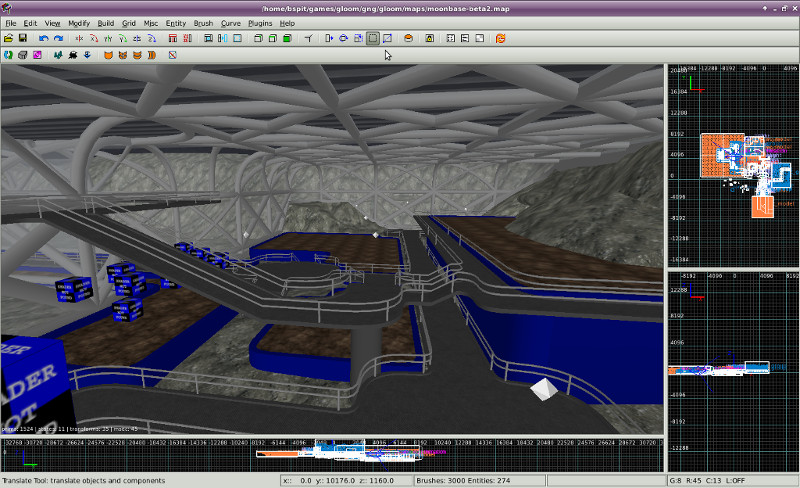 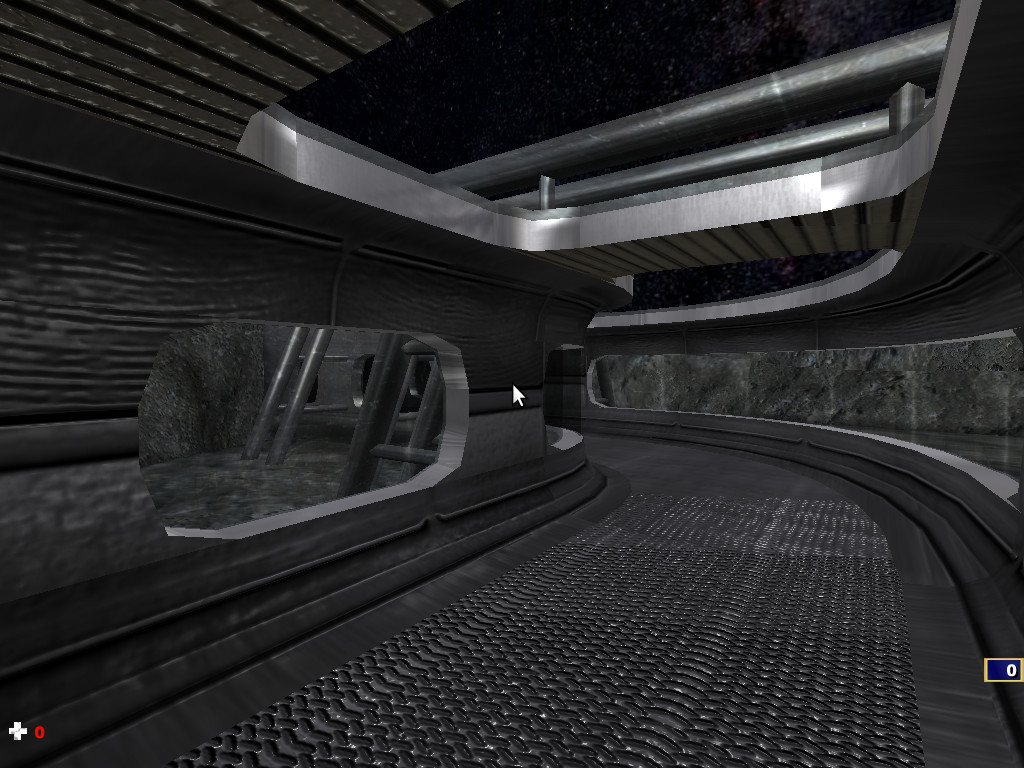 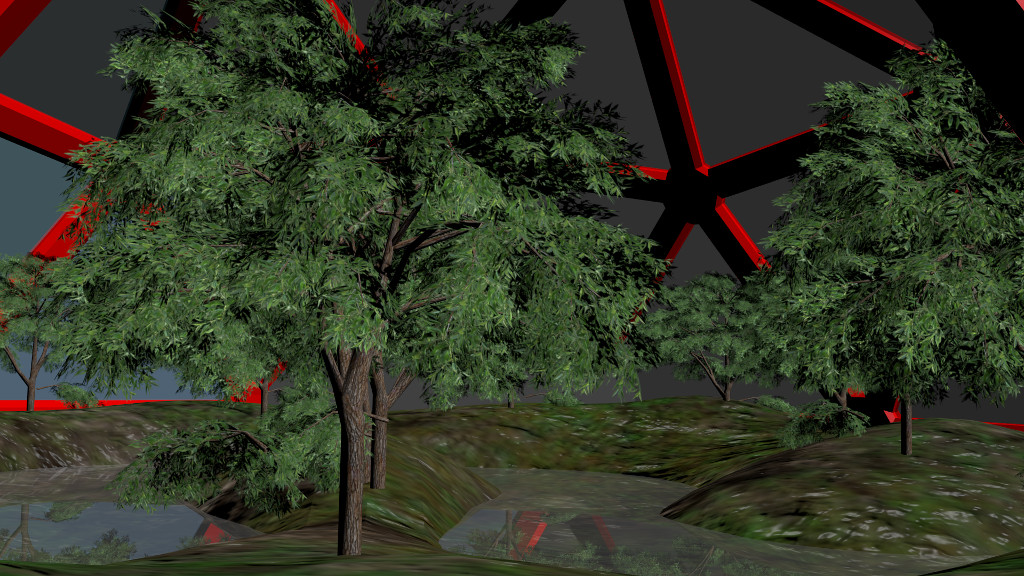 The last sshot is a new reboot. The first 3 sshots are pure netradiant brushwork, with ase walkways, the transporter is also a model.
Top 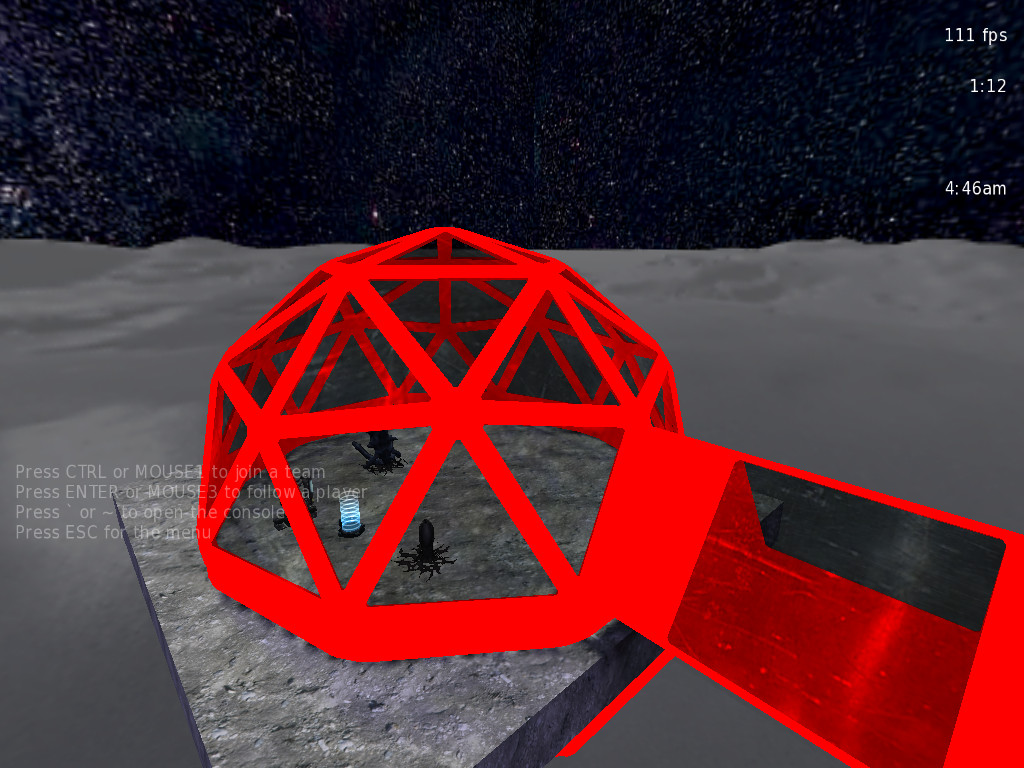 Need to reexport the trees - they were 25k faces and looked nice but it was overkill, and took hours on q3map.

HOWEVER, nice sun shadows etc. Models are not set yet to cast shadows. However, they do GET shadows.

Annoying that when you look at the trees, my fps goes from 120 to 20. Even with the cut down models. Any ideas to speed it up? And this is the origonal treepak.
Yes, those are ingame renders. The real problem is that to get the effect its a sun shader casting through a window onto ground the alpha leaf/bark casting shadows,
so its like 5 shader passes with 2 stages each. Thats does not include castshadows in the spawnflags, which should make the trunks cast on the ground. Odd that if you look up the leaves cast onto the roof. Gona need lucasarts and pixar render farm to do this lol...


its a shame that it can look nice or be fast but not both...
Top

Plants cast and get shadows. Note this is a fast vis only, the tree trunks will smooth out. The only light is from the sky, however if you put a light under a tree it will cast onto the ceiling.