Talk about anything related to Unvanquished.
Post Reply
3 posts • Page 1 of 1

You probably know that we use the crn format for our ready-for-GPU textures. Packages just ship a lot of .crn files and the engine sends stuff to GPU drivers without decompression, which leads to short load time and acceptable quality.

We currently use an old fork of crunch, the one from BinomialLLC, plus some additions for the normal map use case. Since BinomialLLC re-uploaded a more recent version I submitted some PR to upstream our fixes and changes (making changes optional) but they never got merged. In the same time, Unity was also working on it and published their changes.

Alexander Suvorov wrote some very interesting articles about their improvements on the Unity Blog:


There was some news coverage on Phoronix by example:


So, it looks like their work is very good. And it's now shipped within Unity so plenty of people will use it massively.

They said in november that their modified crunch tool “can compress up to 2.5 times faster, while providing about 10% better compression ratio”. Well, I did a test on our own asset repository, re-crunching all the res-, tex- and unvanquished packages. This corpus produces 1797 .crn files. I benchmarked both our old crunch tool and the new unity one with our patches applied. I built myself the binaries so there is no bias on that part.


So the unity crunch tool reduced compression time by 4.31 and reduced size by 11.15. They said “up to 2.5 time faster but I've seen some random textures being compressed 6 time faster and the average of the whole is 4.3 time faster, and yes the tool compress more than 10% more. The results are very very impressive and looks very good.

This is how looks our game if we crunch our textures using Unity's tool and don't modify the engine (more weirdness can be seen there): 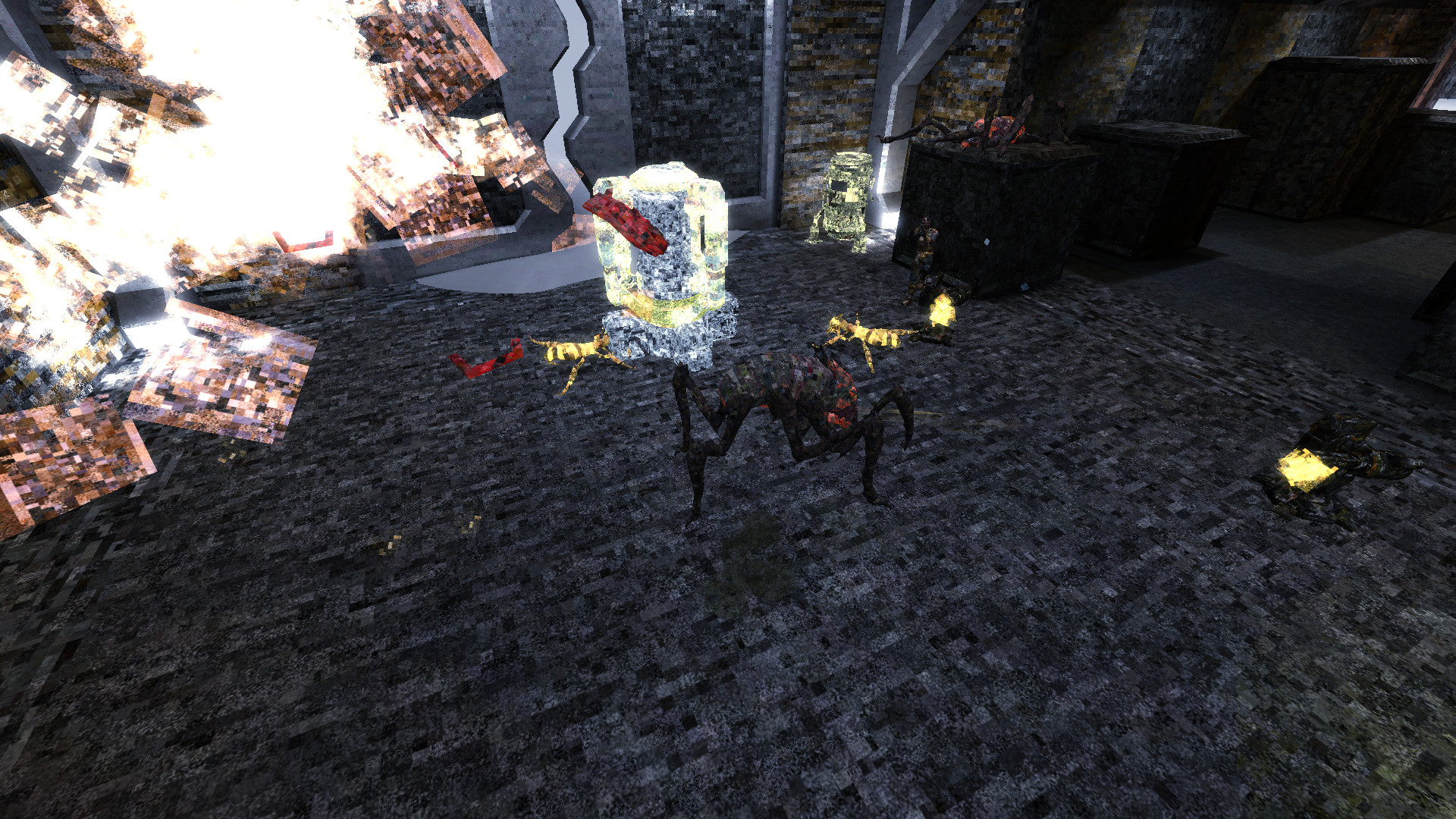 So, what's the problem?

They have a very improved crunch library but they broke the format.

So what to do?

With that improved format, packaging unvanquished assets reduces time from two hours to less than half one. And files are smaller.

Unity guys ship their crunch library within Unity since months now, so a lot of people are producing `.crn` files and it gives big visibility to their format. Basically, they're probably just going to eclipse the old format. Since Unity is not just an small indie company we can expect some tools coming producing and reading only their format.


If we want to update the engine to the new format we must do it now or never: we already broke the package format (DPK) so everything already has to be re-shipped so it's the very right time to do other breaking changes.

An updated crunch tree applying Unvanquished/Dæmon changes atop Unity improvements is findable there: github.com/illwieckz/crunch/tree/unity-daemon (use -rtopmip with -renormalize to get the behavior we need for normal maps).

ping @Ishq @Viech because some decision has to be taken.
Last edited by illwieckz on Mon Feb 12, 2018 2:08 am UTC, edited 1 time in total.
This comment is licensed under cc ​​by 4 and antecedent.
Top

This a PR bringing Unity's crunch format to Dæmon:

I verified that if I use that modified engine to load stuff produced by Unity's crunch it works.
This comment is licensed under cc ​​by 4 and antecedent.
Top

Re: New crunch format leading to 4 time faster compression and a bit of space saving but breaking compatibility

For reference, this is the total size of the complete 0.50.0 unvanquished set (and only this one): 717M

For 0.51.0 I will not recompile the map from repositories yet, so I'm just repackaging the 0.50.0 map pk3 using Urcheon, that new crunch etc.

All these packages were processed by Urcheon picking the right optimal format for each file, including that new crunch. Everything looks OK in Dæmon once that new crnlib is merged.

The total size of the complete for-0.51.0 unvanquished set plus the various third-party community maps is: 694M

And just for fun the tremulous-only community set alone is 72M. ;-)

Do not mind the version numbers, they are temporary ones to be sure they will be superseded by final ones.