Talk about anything related to Unvanquished.
Post Reply
9 posts • Page 1 of 1

Beware ! It's not compatible anymore with 0.53.0. If you want to host a testing server please DISABLE autodownload for the RC dpk, for example by storing them in a pakpath that is not shared over HTTP, this to make sure people connecting to the testing server do not break their 0.53 game with incompatible 0.54 files.

Highlights: Maps don't ship navmeshes anymore, navmeshes are meant to be automatically built by the server, see #2353. Some maps now ship some navcons (explicit links between two points) to improve bot navigation, see #2329. Every binaries were built in Docker, including macOS ones using Darling and Homebrew. 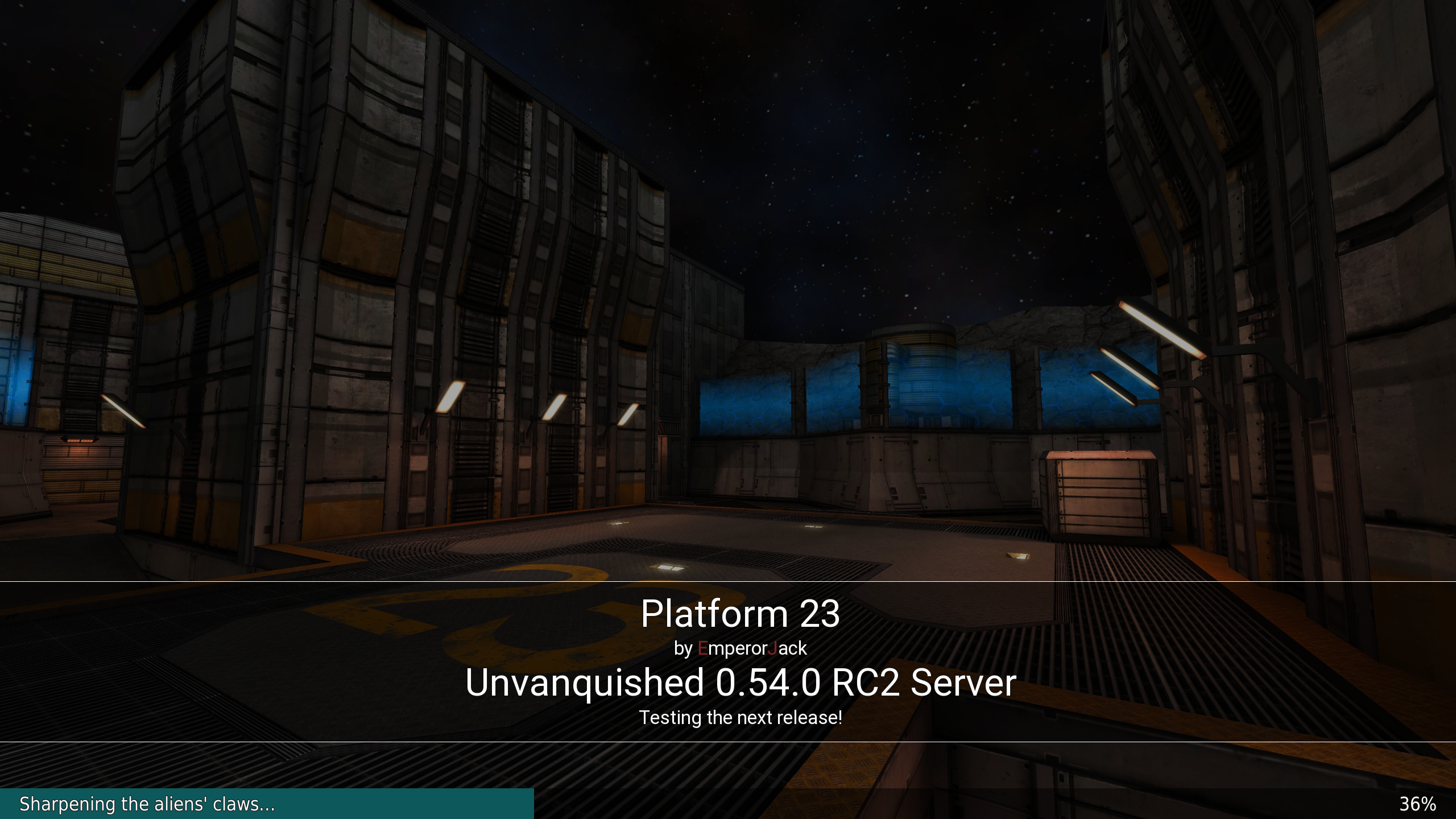 As usual, makes sure to properly unzip the engine zip: the daemon binary and related files must be in the parent folder of the pkg/ one. Look at the readme file for details! You should have:

Among the big changes, Unvanquished 0.54.0 will be the first release with arm support on Linux (both 32-bit and 64-bit arm), see my tweet about it.

This release-candidate provides 32-bit and 64-bit arm Linux engines, alongside usual Linux, mac and Windows x86 builds.
The macOS build is still 64-bit x86 but it is expected to work very well on Rosetta 2 (like Unvanquished 0.53).

Here is a demonstration of Unvanquished running natively on a Banana Pi M5 (arm64, Mali G31): 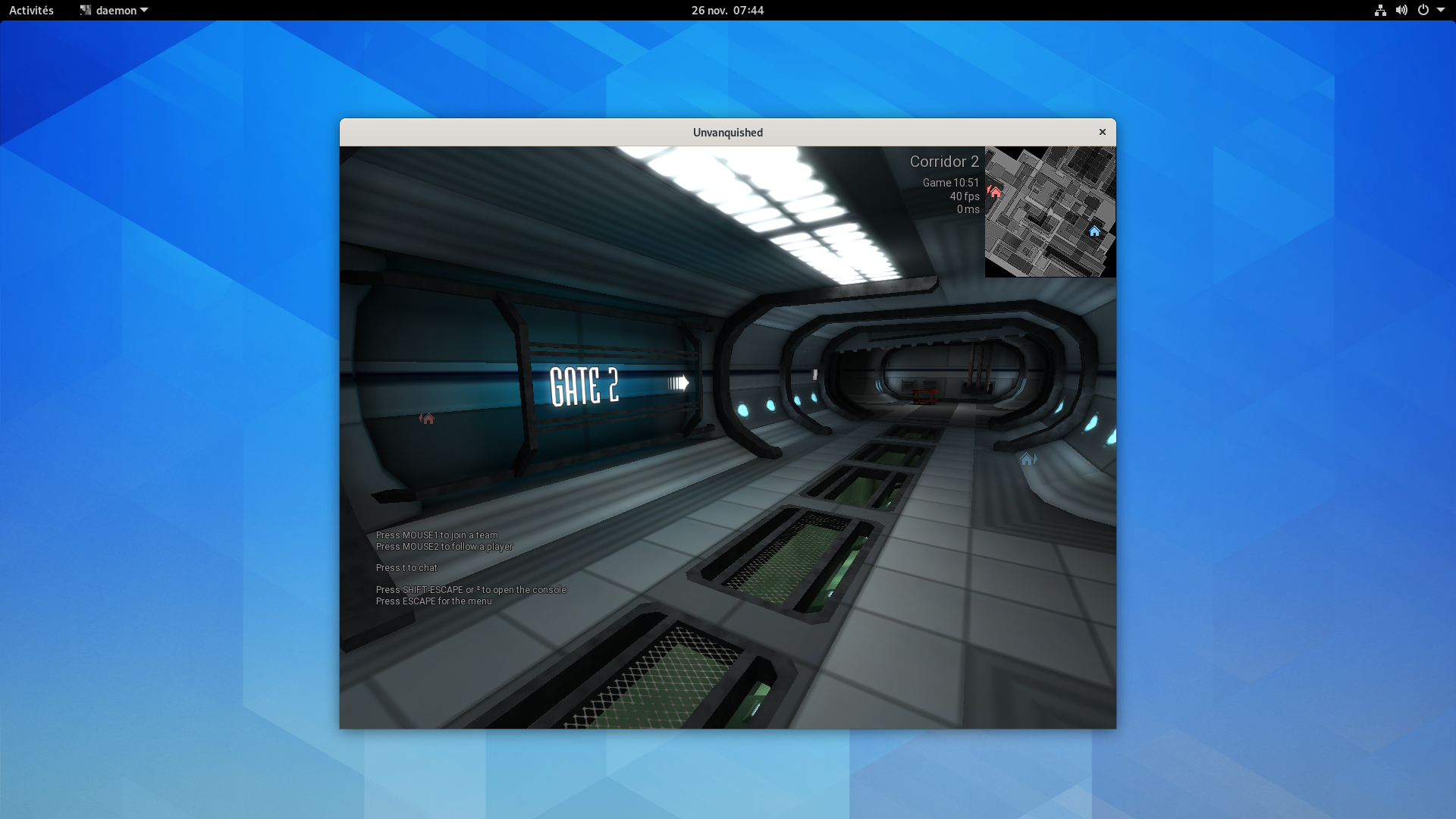 ), but then, you can test the release candidate. In the next days I'll look into merging the various icon updates we got.

Note: it will not be possible to join game servers with arm client until servers are updated. Maybe the experimental server will work once we restart it with the new build.

Note: When running the 64-bit arm engine, the game code still runs as 32-bit in the NaCl virtual machine because of some NaCl limitations. On my end it works on all devices I tested.

My question is simple: what changed in daemon-engine API? I do not care too much about the other changes, as I can extract them easily from git.

I also have questions about the changes in the build system the arm implementations imply: what does this means for a fork/mod?

My question is simple: what changed in daemon-engine API?

At the ABI level, nothing, apparently.

There are plenty of source-level API changes though, so if you are trying to build against the latest Daemon headers without rebasing you will have to fix a number of things.

Oh there is one: increasing MAX_GENTITIES. I composed the Github query incorrectly.

I also have questions about the changes in the build system the arm implementations imply: what does this means for a fork/mod?

For a mod builder, if your workstation was already able to build i686 and amd64 nexe, the build system will also produce the arm nexe alongside the other ones the same way. Only x86 platforms can run the NaCl SDK and then build nexe files, so an amd64 workstation will be enough to produce all supported nexe files.

For an engine builder to produce an arm/arm64 engine, one has to set an arm/arm64 compiler as CMAKE_C_COMPILER and CMAKE_CXX_COMPILER (that can be a cross-compiler if multi arch libs are installed). Everything else is detected from the compiler itself when compiling a dummy file, and in fact the code has now less architecture-specific #ifdef than before and is more generic.

I have a work-in-progress release script that can build all supported engines and vms from the same Linux machine in one call (linux, windows, macos, i686, amd64, arm64…).

I am currently hosting a prerelease version of 0.54.0 on Bunker. You will need one of the clients in this thread to connect to that server, and you will receive an unvanquished-prerelease dpk.

Oh there is one: increasing MAX_GENTITIES. I composed the Github query incorrectly.

Everything else is detected from the compiler itself when compiling a dummy file, and in fact the code has now less architecture-specific #ifdef than before and is more generic.